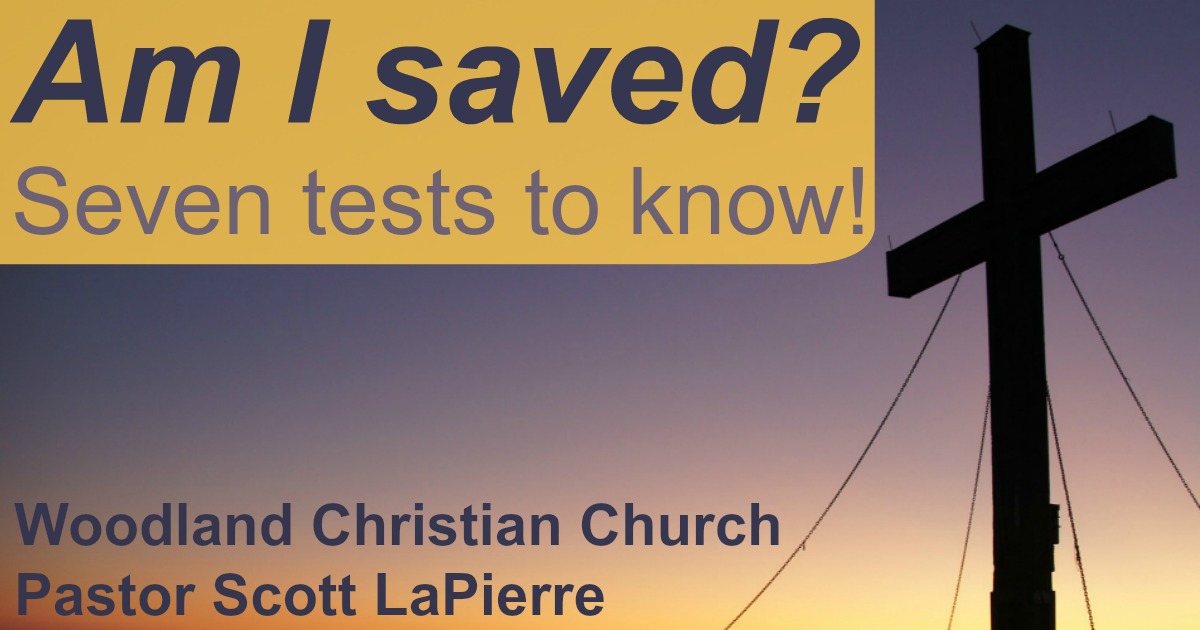 This series is taken from a blog post Pastor Scott wrote: Am I saved? Seven tests to know!

Scripture does a tremendous job providing balance, and sin in a believer’s life is one of those balanced areas.

1 John 1:8 If we say that we have no sin, we deceive ourselves, and the truth is not in us.

We never stopping sinning completely and to believe differently is a lie, but at the same time Scripture makes clear that believers can’t have lives characterized by sin.

John means, “he cannot keep on sinning,” establishing a pattern, or lifestyle of sin. That’s an impossibility for believers.

Paul communicates the same truth. In 1 Corinthians 6:9-10 he lists a number of sins – lying, idolatry, homosexuality, thieving, drunkenness – that prevent people from inheriting the kingdom of God. Then in verse 10 he says, “And such were some of you.” After we become Christians our lives can no longer be characterized by those sins.